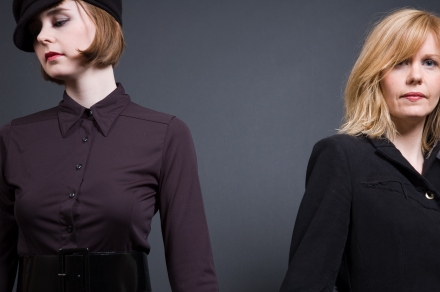 Baker and Cowan recorded their first album ‘Less Than Nothing’ with singer Holly Taymar in 2004. It is a collection of acoustic and swing band songs, written in the style of jazz standards. One of the ballads they wrote for Holly, ‘Getting Ready For No-One’, was featured on York TV and BBC 2 ‘Castle In The Country’ with Nicki Chapman and John Craven.

Their cabaret-noir band ‘Vesper Walk’ has a loyal following and was nominated for Outstanding Band of the Year in 2016 and 2017 by Yorkshire Gig Guide. Baker and Cowan co-wrote the Vesper Walk double EP ‘Fallen Angel’ which has been performed at the Edinburgh Festival and the National Centre for Early Music. The songs have been played on BBC Radio York, Vale Radio and BCB Radio.

Aside from the albums there have been many other songs written including a collection of songs for children.

They are currently recording their new musical ‘Really Really Want’ which previewed at York Theatre Royal in 2016. The songs were described by Unknown Magazine as ‘witty and topical, making an immediate connection with the audience’. Funny and poignant, the “Really Really Want” score examines the joys and pains of girl- power grown up. It is a celebration of womanhood and midlife.

Baker and Cowan have been featured in Birmingham’s ‘Inspire Magazine’, York Press, YO1 Magazine and One & Other Magazine.They are classically trained musicians who play a variety of instruments including flute, cello, violin and piano. They have taught at Access to Music and Leeds College of Music.

‘Less Than Nothing is one of those rare records able to put you in a relaxed Sunday morning mood as well as something you’d play on Saturday night.’ – Thisisull.com

‘Their style has a uniqueness that is prepared to risk both light and playful as well as deep and probing…A magical hour of music theatre.’ – Fringe Review [Fallen Angel]

‘Each track of the album is an epic…skilful, contemporary, well composed.’ – Mad Alice Records [Fallen Angel]